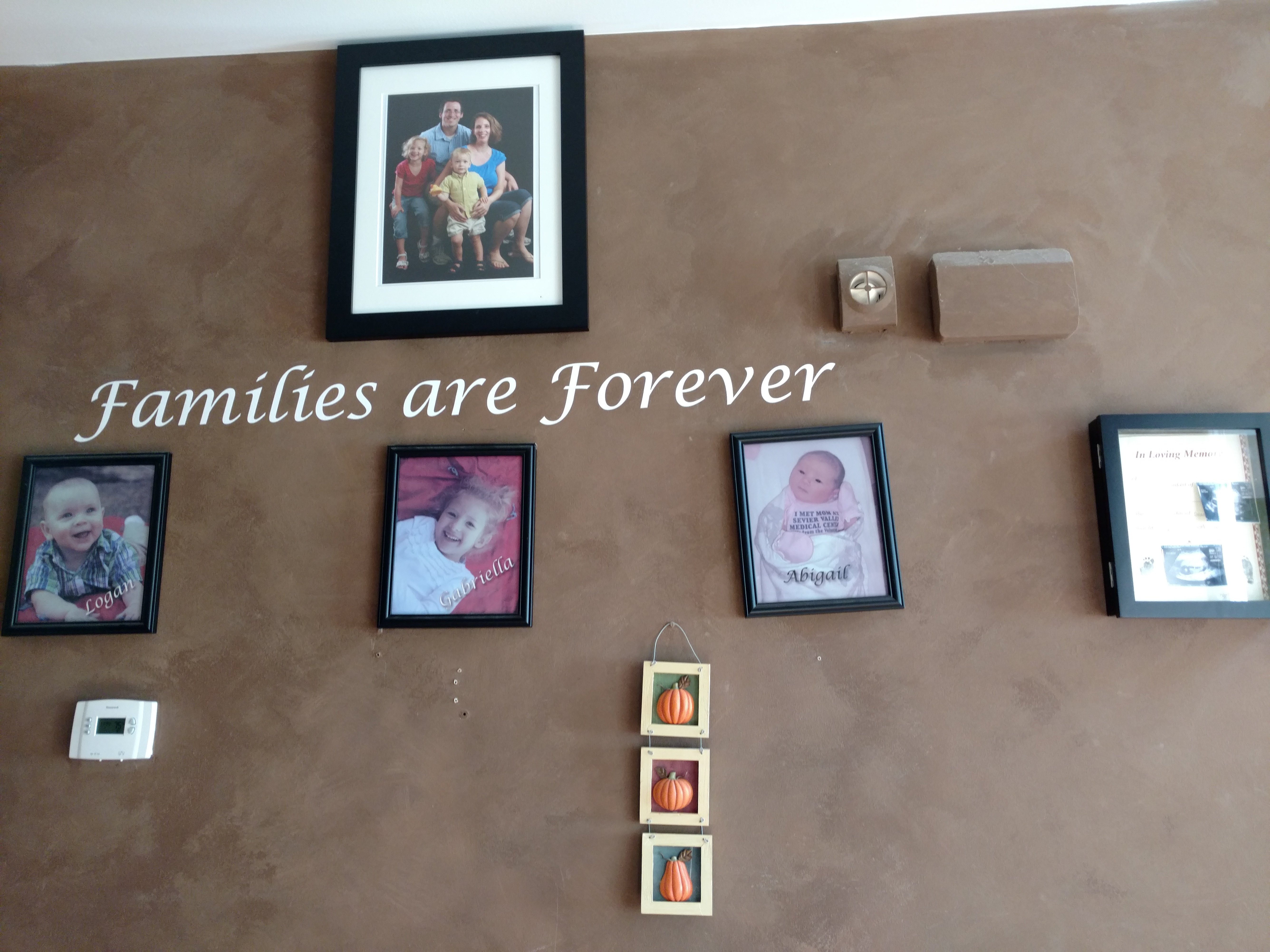 Let me start off by saying I have three beautiful healthy children who I cherish, but I also have two babies in heaven. We talk about them in our family and my children know that they have two other siblings who aren't on the earth any longer.

It's been nine years, our oldest would be turning ten in February if she had lived and our son would be nine in December. Five months after my husband and I were married we were pregnant with a healthy baby girl. We were so excited and couldn't wait to be parents. I was working a full time job at the time and my husband was working part time and doing school, so the plan was for him to be a stay at home dad. The pregnancy was perfect, well as far as the baby was concerned, I was miserable, but that's normal. The delivery was perfect as well. This was my only time going into labor on my own, my water broke, and Abigail, who we called Abby, was delivered about twenty hours later with minimal pushing. Everyone checked out fine and we were sent home. I was in excruciating pain from the delivery, so I wasn't all there mentally, but Abby didn't seem to be crying as much as I expected her to. My mother-in-law was staying with us and would help with bringing her in to eat, etc. Well at nine in the morning I was breast-feeding Abby and I just figured she went to sleep. I don't know how long I stayed there thinking she was sleeping before pulling her away. She wasn't responding and wasn't breathing, she wasn't blue though. Even though I had CPR training, even for infants I couldn't do anything put stand in shock. We called 911 where they told us to start CPR, thankfully we were only about 3 minutes from the hospital. The ambulance rushed her to the hospital where they resuscitated her. In my mind, she was breathing again, we could go home, nothing was wrong. My husband then gave me a priesthood blessing where he said that she would watch down on us from heaven if that's what she chose. Shocker, no way, my baby was fine, breathing and coming home with us. The hospital wanted to know why that happened, so they life-lighted Abby to Primary Children's Hospital in Salt Lake City. Thankfully my mother--in-law was there, or we would have never made the 2 hour drive in one piece. When we got to the hospital we got the news that she had slipped into a coma on the flight over. Our baby girl never came out of the coma and we took her off life support two days later. The autopsy report came back negative, so they penned it as SIDS, however the doctors say there's no reason a two-day old baby's heart would stop beating.

I was absolutely devastated. Thankfully, my parents had already bought plane tickets to Utah for the birth, so they were able to meet her before she passed away. All three of my sisters flew out for the funeral, that was a big accomplishment for one of them. I lost it. It was like I was in a perpetual fog, but the one thing I did not want to deal with was all the baby stuff around, so my poor husband had to be the strong one and pack everything away. I've met people who want to cherish their babies memories, along with the mementos, but not me, I didn't want to see it. I fled back home to my parents house. It took a while to get out of the funk and care about living again.I finally went back to work and life resumed relatively normally again.

For our family, getting pregnant again was the right choice for our healing. So we got pregnant again in July with a boy name Caleb of that same year we lost Abby. We flew home to Georgia on Christmas Day to spend some time with my family, we hadn't seen them since that summer. The day after Christmas we were driving on 316 crossing over Hwy 52, when there was nothing there, and someone turned left into us while we were going 65 miles an hour. The car hit on my mom's and my side, so we were the two that were the most beat up. I was 27-weeks pregnant and wearing a seat belt below my stomach. We were rushed to the hospital where I had emergency surgery for internal bleeding. When I woke up I had lost Caleb. The healing was a long time in coming, both physically and mentally. Two deaths in one year.

We jokingly refer to that year as the year from hell. People say the first year of marriage is hard, and we just chuckle and say, year one had nothing on year two in our relationship. When you go through tragedy like that, you either grow closer or grow apart from your spouse. We clung to each other for comfort and support. For years I couldn't even look at pictures of the two babies I lost. My mom has pictures of Caleb in the hospital I still haven't seen. A few years ago I came to the realization that I needed to include them on our family picture wall, so there they will stay always as babies.

Part of the healing process that we relied on was and still is our religion, knowing we will see them again and we are an eternal family. As I've said, not everyone's healing is the same, this is just the way I handled my tragedies and how I came out the other side.